Your Door to Inspiration

Young Again: An Outdated Master Bedroom Gets a Facelift

As homeowners Al and Hillary began the slow and steady process of renovating their 1960s ranch house, they quickly realized that along with the layout of the home, their interior style needed a hard refresh. Starting with their master bedroom, the adventurous duo enlisted the help of HGTV Magazine to re-imagine the space.

The couple identified their biggest goal for the space as “needing a younger look and feel,” hoping to replace features like outdated carpet and furniture.

Together with the HGTV Magazine team, Al and Hillary breathed new life into the space. They added furniture and room décor, as well as long-term upgrades like stylish wallpaper, a fresh coat of paint, and beautiful new Simpson doors.

The team selected double Simpson doors to give their closet an updated look, using interior shaker style 8755 to match the room’s new modern feel. With the clean lines and flat panels, “They look cool and special, not like typical closet doors,” says Hillary. 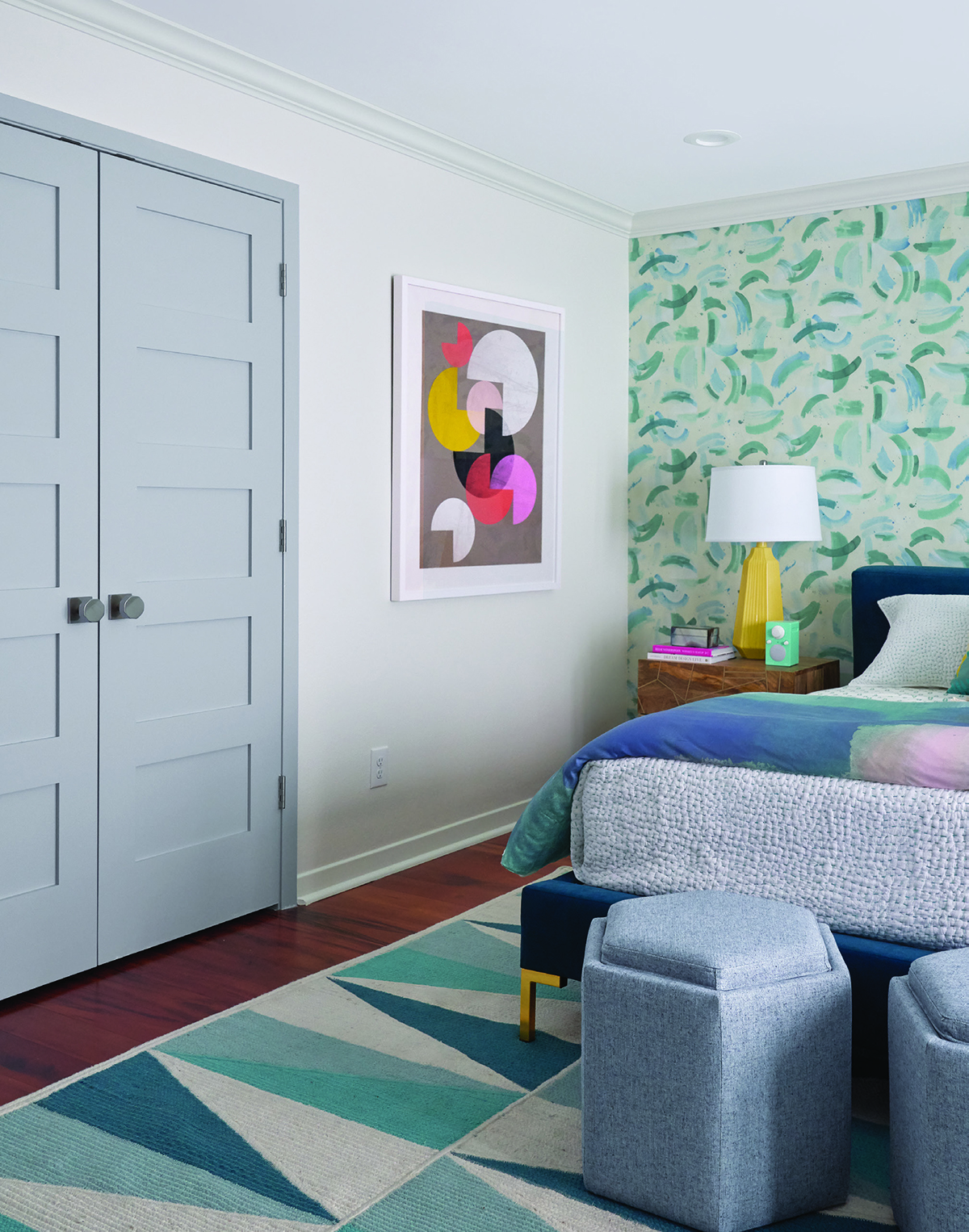 For their bathroom door leading into the bedroom, designers chose a single Simpson 8720 single panel. 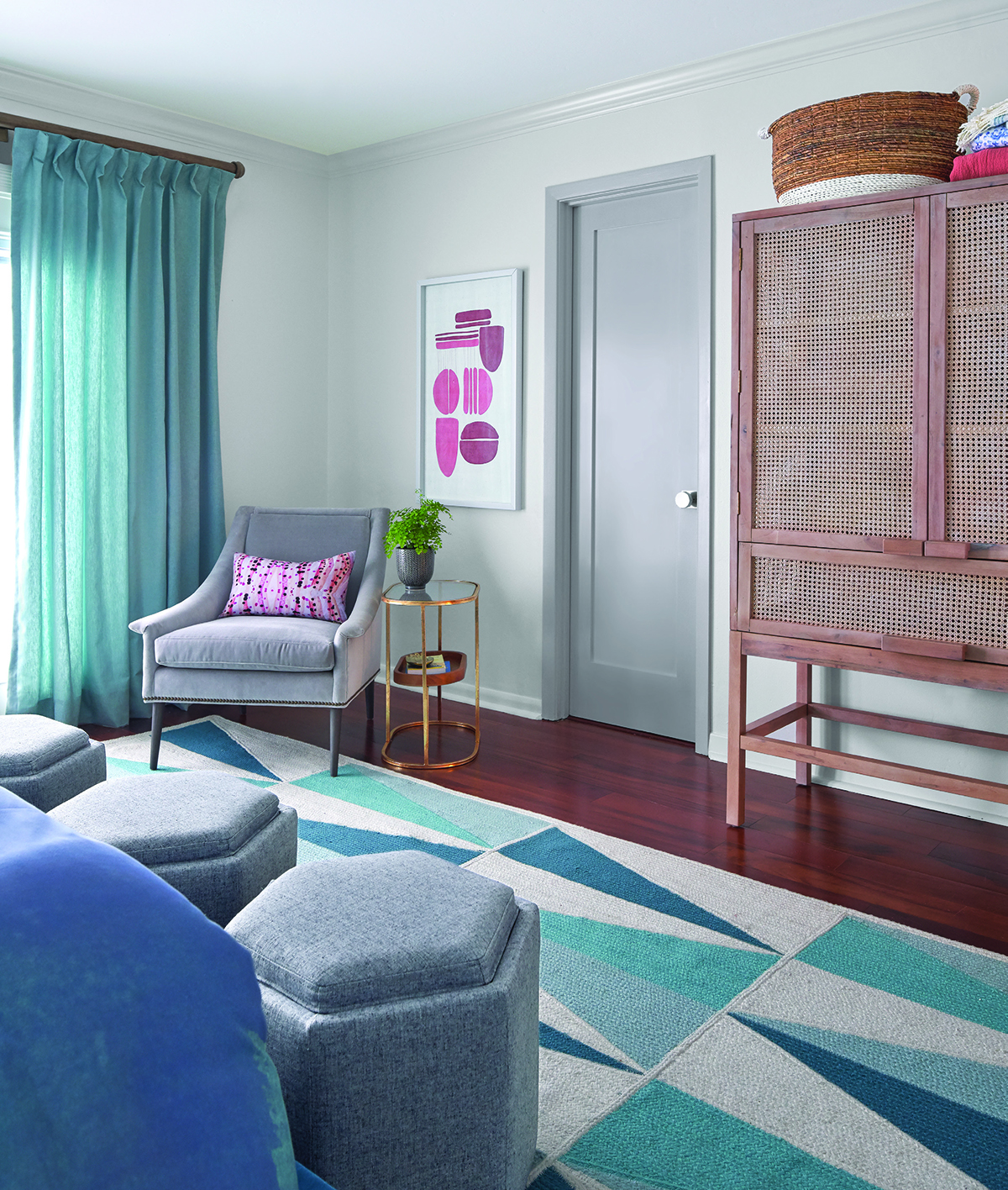 Arriving factory-primed from Simpson’s Redi-Prime™ series, each door was painted with a subtle gray tone by Benjamin Moore, labeled “Gray Timber Wolf.” The dark contrast of the doors against the surrounding walls made the sleek doors pop. In addition, the doors were finished with polished octagonal chromatic doorknobs from Emtek, completing the fun and modern look.

A now much brighter space, Al and Hillary’s master bedroom transformation became the energizing and youthful oasis they’d been waiting for. To see the full story, check out HGTV’s June article! 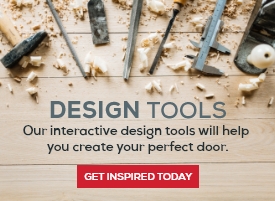 As Seen on the Manufacturing Floor 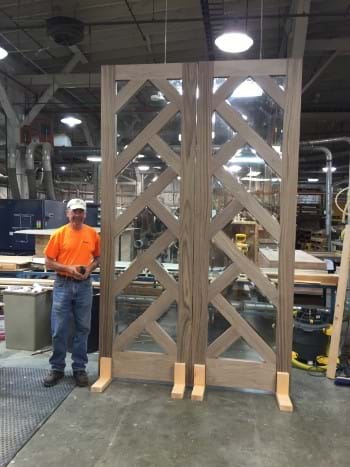 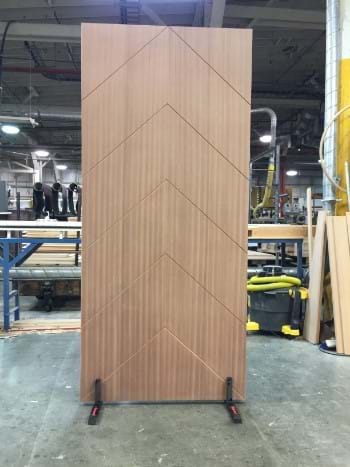 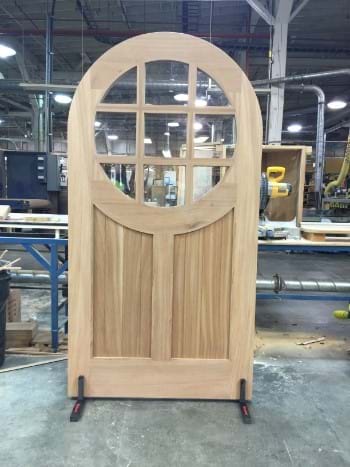